Lou is an author. And a weirdo. She’s sorta part Deadite and part Hobbit. Sometimes she feels like she’s four goblins in a trench-coat masquerading as a human.

Up until recently, Lou Yardley has lurked mainly in the horror realms, but now she’s taking her first gore-coated steps into the world of dark fantasy. Rather than just write one fantasy book, she’s creating a whole world… and a dragon’s horde’s worth of books.

“Banished” was released in 2020 and was her first adventure in the monstrous world of Venari. In 2021, it was joined by “Creep” (a novella) and “Everfrost” (a werewolf flavoured novel).

Now that those are out in the wild, Lou is busy typing away at new Venari stories. We can’t share too much about them yet, but we can promise they will be filled with monsters, magic, and mayhem. 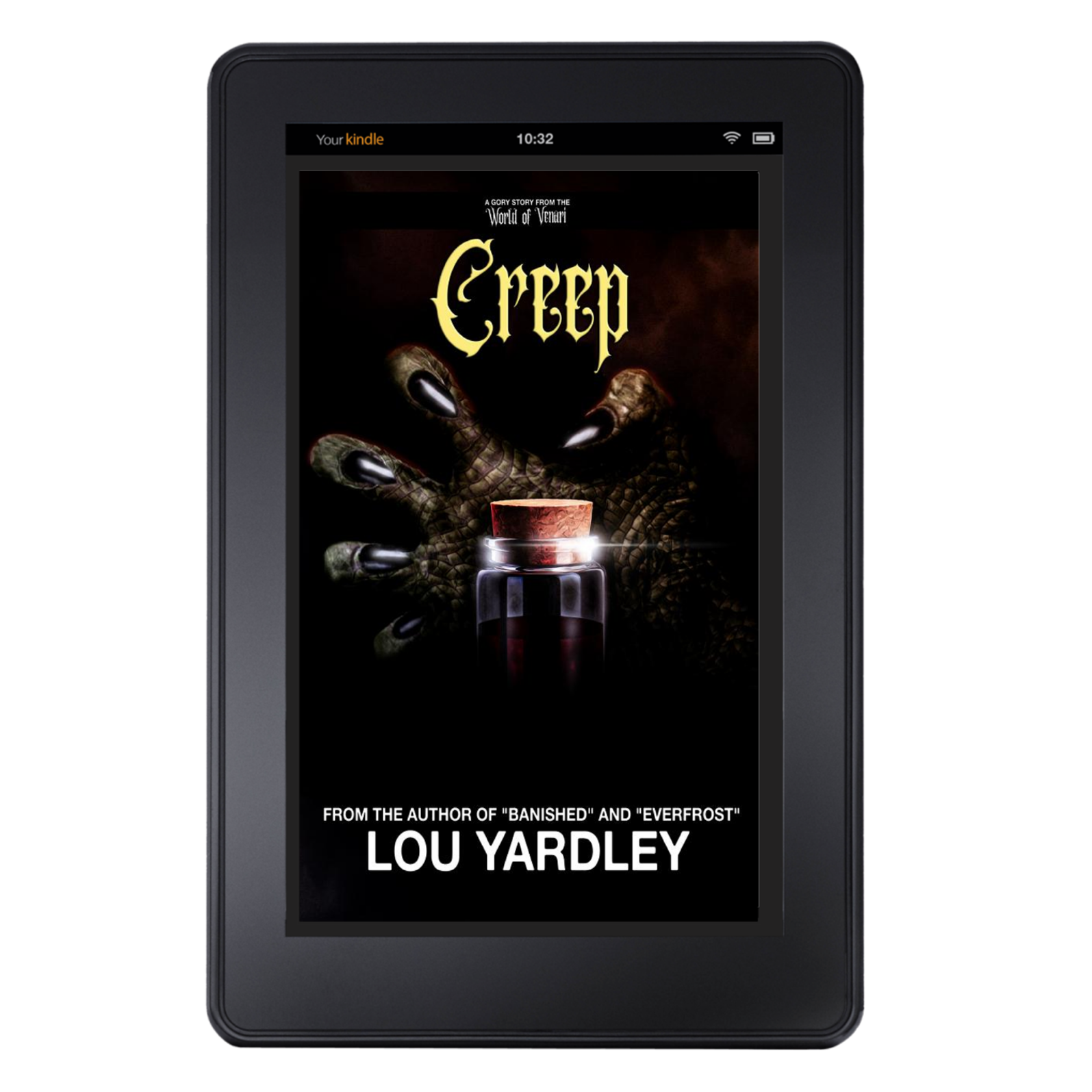